Transiting #Jupiter (faith, growth, and opportunities) the king planet is powerfully placed now at 0* Aries, the world point. And on October 28 Jupiter re-enters Pisces, its own domicile, and then stations direct at 28* Pisces on November 23- which is the start of a better period for Jupiter, and its significations. 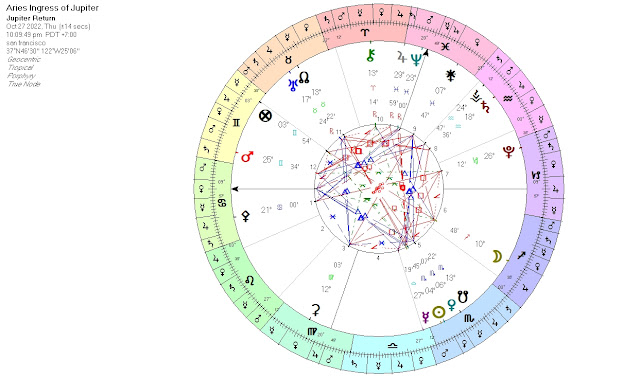 Posted by David Crook at 4:58 PM No comments:

PARTIAL SOLAR ECLIPSE TODAY: The Moon is about to take a bite out of the sun. On Oct. 25th, a partial solar eclipse will be visible from Europe, the Middle East, parts of Asia and Africa: map. Almost all of Europe is in the eclipse zone with the deepest eclipse in the Scandinavian countries: Maximum eclipse occurs at 11:00 UT in northwest Russia where 86% of the solar disk is covered. There, the chill of the Moon's shadow will be felt on the ground as the sun transforms itself into a slender crescent. 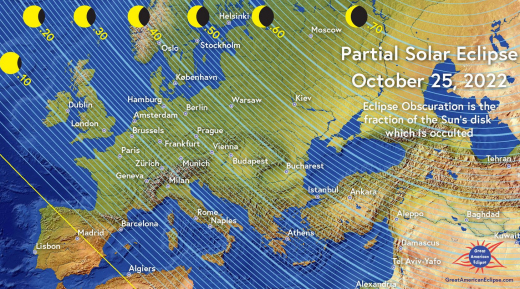 Posted by David Crook at 4:48 PM No comments:

Pisces Season officially began three days ago. And on March 2, we have a the New Moon at 12* Pisces that conjoins a combust Jupiter. So Jupiter is unable to deliver it's best results. But on March 5, Jupiter is cazimi, i.e. in the heart of the Sun (6:06 am, PST) and in a most auspicious position. "A planet conjoined with the Sun is like a person sitting with the king in one chair." (Abraham Ibn-Ezra) And our faith in a kind and compassionate cosmos is restored, and renewed. 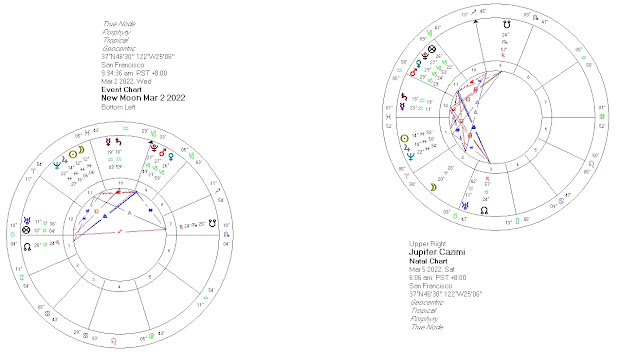 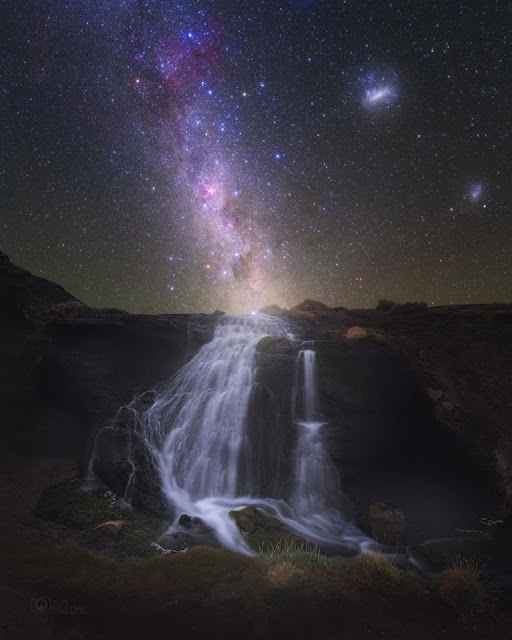 Posted by David Crook at 3:47 PM No comments:

The Houses of the Horoscope

The significations of the twelve houses according to the 2nd century astrologer Vettius Valens. 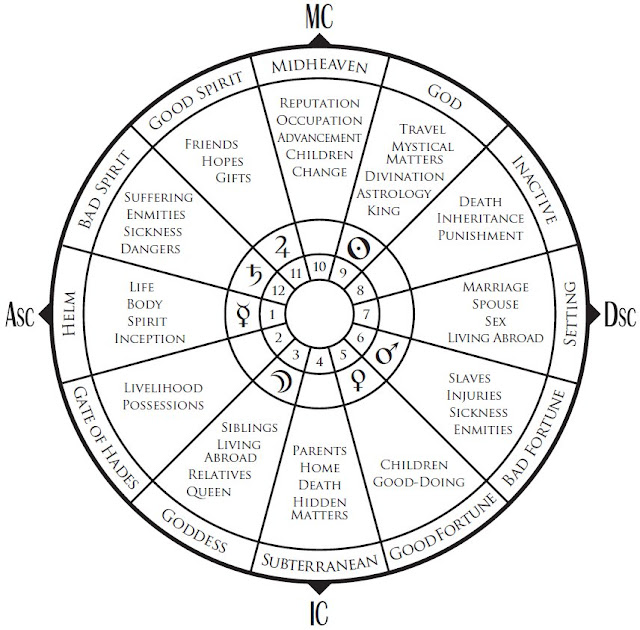 Corresponding to the day of the total lunar eclipse (longest of the century) that conjoined Mars at perigee (closest to the earth)- the Mendocino Complex Fire has been burning since July 27, growing into the largest blaze in California modern history. 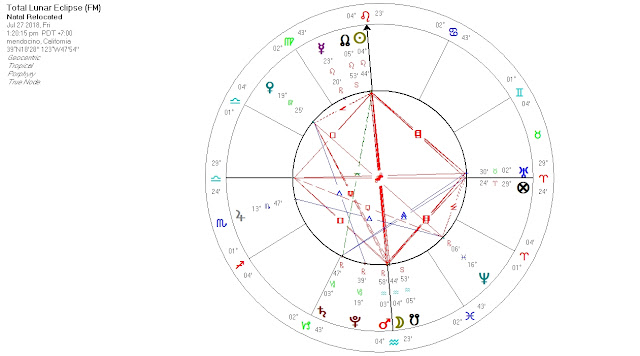 Posted by David Crook at 5:03 PM No comments:

My preferred chart for the state of California is receiving major transits from Mars Rx, which is also OOB (out of bounds) by declination- and tending to extremes. Along with the transits from Uranus (sudden, and radical) to the CA's Midheaven (public status), and Pluto (extreme, and destructive) to CA's Progressed Venus (L1), and Progressed Midheaven.

I must conclude that the unusually hot and dry weather around the world is related to Mars Rx and OOB. And it's (Mars) conjunction with the Moon's Nodes, and square with Uranus, are exacerbating the Mars effect- resulting in a highly combustible combination. While Mercury Rx in the fire sign of Leo is adding to the mix- since Mercury signifies the winds.


Transiting Mars is crossing back and forth over the most fire-sensitive point in the chart for California- the IC/4th house cusp. In mundane astrology, the IC and planets in the 4th house pertain to the local weather, and geophysical events, such as fires, earthquakes, etc.

Moreover, the July 27 total lunar eclipse and Mars were in their most crucial position here on the US West Coast- conjunct the IC/4th house cusp. 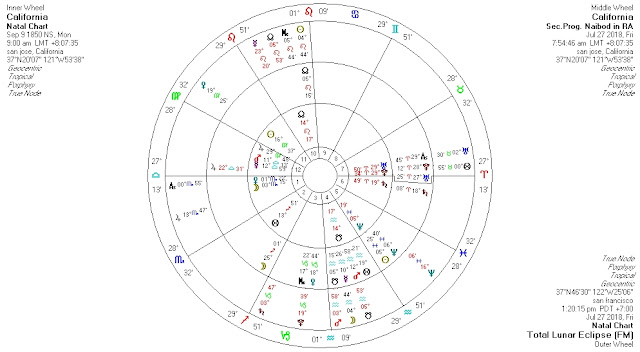